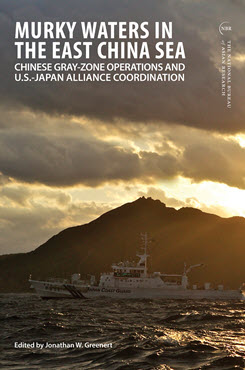 Foreword to Murky Waters in the East China Sea

This is the foreword to the report “Murky Waters in the East China Sea: Chinese Gray-Zone Operations and U.S.-Japan Alliance Cooperation.”

Tensions in the East China Sea are often overshadowed by those in the South China Sea, but they are a potent flashpoint for conflict between China and Japan and pose a unique challenge for the United States, which is treaty-bound to assist Japan in an armed conflict. While it is understandable that the South China Sea would receive more public attention—the South China Sea is a major international waterway with territorial disputes involving seven nations—the East China Sea should not be overlooked. Both China and Japan claim overlapping exclusive economic zones (EEZs) and air defense identification zones (ADIZs), in addition to their dispute over the Senkaku Islands (known as the Diaoyu Islands in China). Although Taiwan also claims the islands, they are administered by Japan, and the dispute is largely between Japan and China. Moreover, while economic benefits from the rich fishing grounds and the potential for oil are a factor, ownership of the Senkaku Islands is an issue of great national pride to both countries, making the possibility of outright conflict a heightened concern.

The complexity and urgency of the situation in the East China Sea requires that the United States and Japan work on a full-time basis to examine and prepare for China’s activities there. In the July 2020 issue of Asia Policy, the National Bureau of Asian Research (NBR) published a roundtable titled “Navigating Contested Waters: U.S.-Japan Alliance Coordination in the East China Sea” that examined options for the United States and Japan to improve their coordination and deter Chinese provocations in the East China Sea. The roundtable concluded that current alliance response mechanisms are inadequate to deal with the rapidly evolving nature of Sino-Japanese tensions in the sea and that the creation of a U.S.-Japan Standing Bilateral Joint Task Force is one potential option to improve coordination and readiness. In their analyses of U.S.-Japan alliance coordination, the authors identified managing Chinese gray-zone operations, which blur the boundary between war and peace, as a salient area for improvement.

Since the publication of this roundtable, NBR has sought to build on its findings and further explore related questions through workshops and research. This NBR Special Report edited by Admiral Jonathan W. Greenert, who holds the John M. Shalikashvili Chair in National Security Studies at NBR, is the result of these activities. It evaluates the dynamics surrounding Chinese gray-zone operations in the East China Sea and considers options for effectively countering them without risking a dangerous escalation that could precipitate a broader armed conflict.

The United States has reaffirmed—first in April 2014 and most recently at the summit between President Joe Biden and Prime Minister Yoshihide Suga in April 2021—that the Treaty of Mutual Cooperation and Security between the United States and Japan applies to all territories administered by Japan, including the Senkaku Islands. This appears to have effectively deterred China’s conventional aggression in the East China Sea, at least for now. However, Chinese gray-zone operations have persisted and even increased, prompting the U.S. secretaries of defense and state to both express concern at the March 2+2 dialogue in Tokyo over recent Chinese activity. Gray-zone operations by nature are difficult to define and detect, making them challenging for the U.S.-Japan alliance to counter effectively.

Thus, Chinese gray-zone operations in the East China Sea have highlighted logistical, legal, and political constraints that exist within the U.S.-Japan alliance framework. The United States and Japan have divergent legal and operational responses to gray-zone activities because their domestic laws differ in terms of what constitutes an act of war or an armed attack. This lack of clarity has the potential to hinder an alliance response if Japan cannot activate Article 5 of the security treaty to receive U.S. military assistance. Furthermore, gray-zone operations continue to change, making it even harder to reach a consensus within the alliance on what constitutes an armed attack.

China will likely continue to exploit this weakness in the alliance and challenge the Japanese government’s claims to the Senkaku Islands as well as Japan’s EEZ and ADIZ. Its gray-zone methods in the South China Sea have achieved relative success, and Beijing will continue similar tactics in the East China Sea if Washington and Tokyo do not reach a consensus on how to effectively respond to such contingencies.

This report comprises four essays addressing key issues that are impeding both the understanding of gray-zone operations in the East China Sea and effective responses by the U.S.-Japan alliance. The essays not only shed light on the nature of China’s gray-zone capabilities and activities and the lack of alliance coordination but also discuss policy options for improving allied responses and mitigating the potential for a larger conflict in the East China Sea.

In the first essay, Hideshi Tokuchi provides a working definition of gray-zone operations and highlights numerous examples of when the United States and Japan have faced such tactics in the past. The second essay, authored by Kristen Gunness, assesses China’s capabilities in gray-zone operations across conventional and nonconventional domains of warfare and analyzes the potential use of tools like cyberattacks and influence operations in a conflict over the sea. Building on this analysis, the third essay by Admiral Takashi Saito (ret.), Susumu Nakamura, Hidetoshi Hirata, Hideshi Tokuchi, Goro Matsumura, and Koichi Sato considers options to improve U.S.-Japan cooperation across a range of alliance mechanisms. In the final essay, John Hemmings and Wade Turvold examine U.S. command-and-control capabilities across the spectrum of gray-zone operations and propose ways for improving U.S. responses.

Tensions in the East China Sea have the potential to escalate rapidly, posing a pressing security challenge to both Japan and the United States. Structural and organizational challenges within the current alliance structure make it difficult for the two countries to be proactive, and gray-zone contingencies further test the effectiveness of the alliance. With Chinese capabilities continuing to evolve, this report clarifies the challenges presented by gray-zone operations and identifies potential remedies to increase alliance coordination. 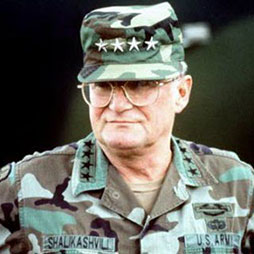