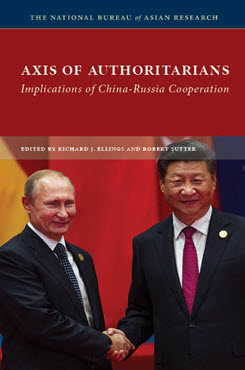 Chapter in Axis of Authoritarians

This chapter examines Russia’s and China’s political interference and influence operations and assesses how the context, goals, and tactics of the two states’ operations differ in important ways.

Russia derives its interference and influence operations from a highly personalist leadership and a position of national decline. As such, it seeks to lower other states to its level by weakening them internally. By contrast, China develops and implements its operations via a Leninist party apparatus and a position of growing strength. It seeks continued security and modernization and increasing influence on the world stage. Tactically, the two states’ operations diverge in their use of violence, the messaging of their propaganda, how they harness their respective diaspora communities, their use of cyberactivities, and the missions of their intelligence personnel and foreign agents. At present, there is insufficient evidence of Sino-Russian collaboration on influence or interference operations, though the two conduct similar operations in certain democratic countries—the cumulative effect of which is to weaken local institutions and governments irrespective of bilateral coordination.

Peter Mattis is a Research Fellow in China Studies at the Victims of Communism Memorial Foundation and a contributing editor at War on the Rocks.

The author would like to thank Lizzy Leary for her research assistance.